In this last section we’d like to consider some big questions to ponder. 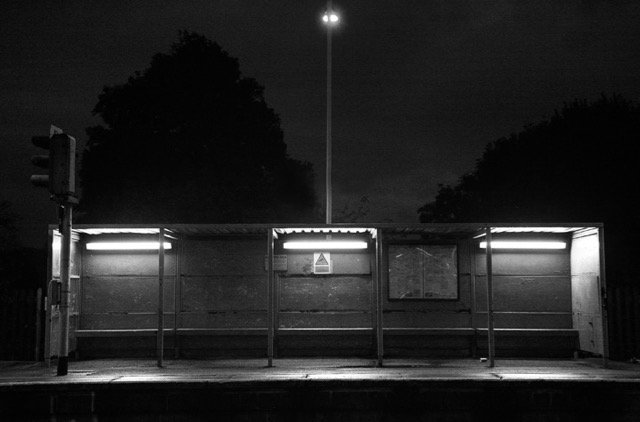 Why are Fresh Expressions of Church necessary?

Fresh Expressions exists as a missional movement, seeking to reach out to those people not yet attending Church.  This can seem a obvious motive, yet it asks questions of a religious approach in this country which for many decades has presumed knowledge of the Christian story, an openness to the local Church and the importance of faith in society.  These things are beginning to change.

The Mission Shaped Church report of 2004 identified culture change and changing attitudes to church as major elements in the changing landscape of faith in the UK.

How has Culture Changed?

Mission Shaped Church begins with an analysis of a rapidly changing culture within the UK and the way these changes cause problems for traditional Sunday church time.  For example

All these elements put pressure on Sundays.

Secondly the report focused on a fragmented, mobile and network based culture, undermining the nature of local and national centres and institutions.  These networks could be around places of work, places of leisure or be through the increased connectivity provided by the internet. The report argued the implication for traditional parishes, saying “networks have not replaced neighbourhoods but they have changed them” (MSC 2004 pg. 5.)

The report rounds on the affects and challenge of consumerism, creating a society not of producers but consumers and one defined by choice.  Here the poor were often left behind as ones less able to buy creating implications for a just society.  Here too, the Church and faith sits as one of many options rather than a central plank of society.  Consumerism also meant “truth claims” (MSC, 2004 pg. 10) were chosen rather than accepted.    The report paints a picture of change which it feels must be responded to.

“A network and consumer society presents a particular challenge to Christian mission in general and to the questions of the missionary shape of the Church in particular.  A network society can both connect and fragment.  It can also include and exclude at local, national and global levels.  Mobility can provide freedom and opportunity, but it is also a force that destabilizes society by undermining long-term commitments” (MSC, 2004 pg.10/11.)

How has church attendance changed?

Fresh Expressions also sits in the context of long term decline in church attendance.  At the time of writing the report, it was estimated that approximately 1500-2000 people left churches in the UK every week (Richter/Francis 1998 pg.2.)

In 2006, the Tearfund report “Church Going in the UK” (Tearfund 2006) outlined further a picture of growing rejection of the church and church-attendance.

This report found that the largest groups were those of closed de-churched and closed non-churched.  Of those who had left church or those who had never thought to attend, 60% were closed to ever attending church in the future.

Coupled with the changes in culture outlined previously, this represented a worrying state of affairs for the future of the Church. In January 2016, the Guardian reported that Church of England attendance had dipped below 1 million for the first time with 760,000 (2%) attending regularly (www.guardian.com Jan 2016.)

However, there is a more theological purpose to responding to these figures.  As Mission Shaped Church argues, the “The Anglican calling” is “to be a church for all” (MSC 2004 pg. 35) and the nature of the most basic evangelistic call of the Church is to “Go and make disciples of all nations” (Matthew 28:19.)

Fresh Expressions tries not to be the last desperate act of a dying Church but instead be a new and vibrant vehicle for the Church’s engagement with the Great Commission in the 21st Century world.

How can we respond to these changes?

To reach changing peoples and cultures, Mission Shaped Church advocates the practice of double listening “to the culture where a church might be established and to the inherited tradition of the gospel and the church” (MSC 2004 pg. 104.)  This process raises the possibility of several types of church which at first glance don’t resemble the normal institutional or inherited models.  The Order of Mission (TOM) in Sheffield has been established “recognizing that the Church in the West finds itself in a missional context” (www.missionorder.org.)  Its members take vows and seek to form small missional communities in houses or neighbourhoods.  Their goal is to act missionally.

MSC argues that “the gospel has to meet people where they are, before it can enter and affect their lives” (MSC 2004 pg.6.)

What does Fresh Expressions mean to the Church?

Moynagh advises that the Fresh Expressions movement is vital now, because “the church is learning to innovate in new ways to express the love of God and people and this is resulting in the creation of new forms of community” (Moynagh 2014 pg. 13.)

This perspective leads us to consider some vital questions.  How does these new forms of community relate to the traditional models of the Church?  How do we evaluate them, their sustainability and their orthodoxy?  What do these new models say to the wider church and how effective are they?  As Morisy reminds us we have a “need for a map to help us make sense of the burgeoning new ways of being church” (Morisy in Croft 2006 pg. 125.)

As a starting point therefore, it is useful to consider the picture of the Fresh Expressions movement painted by ‘The Day of Small Things’ by George Lings/Church Army (2016) and funded by the Church Commissioners.  This report shows that Fresh Expressions now forms a major part of Church life in the UK.

The communities average around 50 people per Fresh Expression with three quarters of them having begun in the last ten years.  Lings argues persuasively that “nothing else, as a whole in the Church of England has this level of missional impact and the adding of further ecclesial communities, thereby fueling ecclesial re-imagination” (Lings 2016 pg.10.)

One of the most quoted details of the research is the impact of these new churches outside the normal reach of Parish churches.  When examined these new churches were comprised of 40% existing Christians, 27% De-churched people and 33% Non-churched people (Lings 2016 page 9/10.)  This shows that on face value, Fresh Expressions of Church may be meeting their desired outcome – reaching the 60% of closed people in Tearfund’s 2006 report.

These questions were considered by Andy Freeman.  If you’d like to feedback to him, why not get in touch.  You can share your thoughts at questions@freshexpressions.org.uk