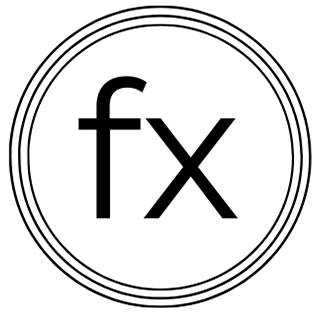 'We believe that God’s missionary Holy Spirit is at work in the world and is inviting us to be discerning as we join with that work and adventure.'

The fx contractors who serve the movement and help the individuals and networks within it to flourish through effective connecting, resourcing and communicating.

Simon was previously involved in starting an ecumenical fresh expression of church, and then served for 4½ years as a regional minister for the Eastern Baptist Association. He is now director of RiverTree, an organisation he set up in 2018 to catalyse, cultivate and collaborate to enable fruitfulness in the mission of God. One of those collaborations is with Fresh Expressions to support resourcing within the movement, but he also serves regionally as a Baptist Mission Enabler and nationally as one of three Pioneer Ambassadors in the Baptist Union of Great Britain. He co-authored the book ‘Big Hearted: the gospel of simple words and a large heart’, and recently moved to March in north Cambridgeshire where he is beginning to pioneer an environmentally focussed Christian community. Simon is married to Lisa, and together they recently became foster parents to their teenage godson.

fx events and secretary to the board

Tim is a Director of Charis Consultants Ltd, an experienced ICF registered coach and a fresh expressions practitioner with over 15 years’ experience. He likes to create spaces where individuals and organisations can reflect, notice, and reorientate to move forward and become what God is calling them to be in the 21st Century. He is Networks facilitator and animator for Fresh Expressions working 3 days a week. He has worked with variety of denominational and missional organisations in the UK and Internationally. He lives in Hinckley, is married to Claire with two sons and a springer spaniel. He loves to relax on his allotment and supports Leicester Tigers.

Lizzie is an author, speaker and lay pioneer living in Crosby, north Liverpool with her vicar-husband Dave and dog Betsy. She loves talking about the messiness of life over a flat white and creating safe spaces for people to share their stories She is the co-lead pastor and creative lead of StoryHouse; an independent coffee shop, charity and Fresh Expression of church. Lizzie also writes about miscarriage, infertility, childlessness and faith in her memoir Salt Water & Honey and on her blog by the same name. she’s a representative of the Miscarriage Association and founded the Mother’s Day Runaways service in collaboration with Rev Sonya Doragh and Liverpool Diocese.

The fx Leadership Community is made up of influencers and connectors within a Fresh Expression or pioneer network.  As this community emerges an important principle is that ‘the total is greater than the sum of their parts’.

‘The purpose of the charity is ‘to serve the Fresh Expressions movement and help it flourish.’

Meet our fx board out more about their role in the structure of the movement.

A more detailed look at how the fx board, leadership community and contractors work together and how they seek to fulfil the aims set before them to grow the movement.